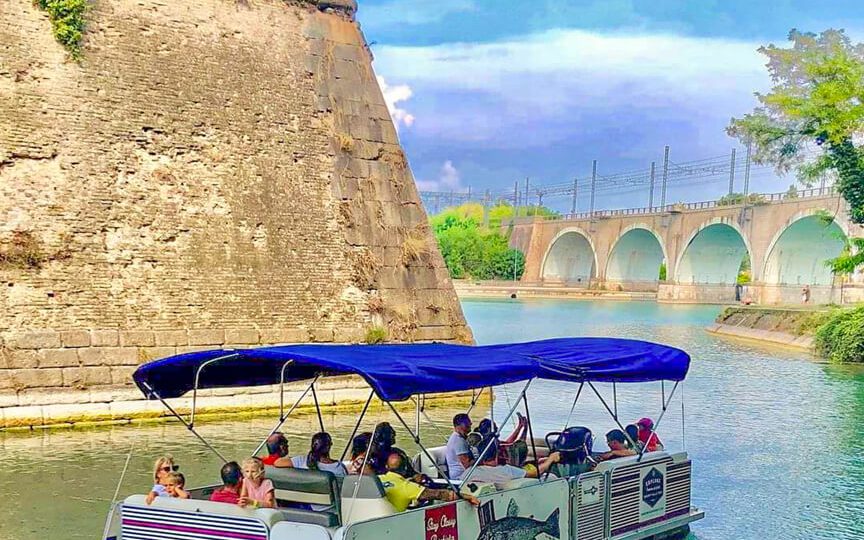 Peschiera del Garda has always had a close link with water.

We know this thanks to the presence of evidence of a pile-dwelling site, called “Le Palafitte preistoriche di Peschiera del Garda”.

In Italy there are 19 sites, two of which are in Peschiera, Lake Frassino and the Belvedere. In these areas there are remains of prehistoric pile-dwelling settlements dating back to the period between 5000 and 500 B.C.

These pile dwellings, like those of Peschiera, are usually located underwater, on the banks of lakes, along rivers or in wetlands.

In 2011 UNESCO added the pile-dwelling site of Peschiera del Garda to the list of World Heritage Sites.

For those intrigued by the past of Peschiera del Garda it is absolutely recommended to visit the Museum of fishing and lake traditions.

A museum that describes the history of the town and fishing on Lake Garda.

It is located at the “Caserma d’Artiglieria” (Artillery barracks) of Porta Verona, inside the Bastion San Marco.

In the enchanting Radetzky Room, you can observe photographic documentation and a collection of typical lake boats that form the historical heritage of lake.

Today, thanks to its wonders and its Venetian Fortress, it is called Jewel of Italy.

Pentagono offers services since 2003 to those who visit Peschiera del Garda.

Their goal is to enhance the beauty that Peschiera and the Gardalake has to offer.

The tour of the walls is an example of these services, it is a 25-minute boat tour around the Venetian walls constructed in the 16th century.

An original way to discover the charm of the fortress of Peschiera, which is part of the UNESCO World Heritage Site since July 2017.

Let yourself be lulled by the currents of the canals surrounding Peschiera and admire this open-air museum! 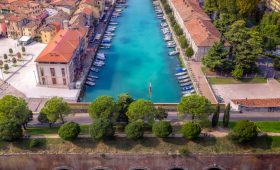 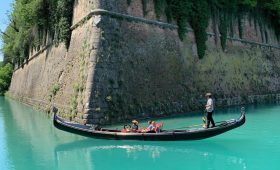