The historic city of Verona was founded in the 1st century B.C under the Roman empire and became an important base of the empire in northern Italy.  During the Middle Ages it gained independence while fighting with the Lega Lombarda against the Holy Roman Empire. Under the rule of the Scaligeri (Scala family) Verona became one of the most powerful cities in north Italy.

By analyzing the name Verona, its meaning can be deduced from splitting three ancient words that make up the name: ‘Ve’, an Etruscan word used to indicate the Venetian people, ‘Ro’, from the Greek «reo», meaning: current to indicate the Adige River that crosses the city, and “Na,” an Etruscan syllabic root that indicates “an inhabited center“. So “Ve-Ro-Na” would stand for “The Venetian City by the River”.

Thanks to William Shakespeare Verona has become one of the best known, or at least named, Italian cities in the world. Although he himself never visited Verona but only got to knw it through the writings of Masuccio Salernitano, Luigi da Porto and Matteo Bandello. These writings inspired him for his most famous work: The love story of “Romeo and Julia”.
On November 30, the World Heritage Committee (W.H.C.) added Verona to the World Heritage List of UNESCO with the official name “City of Verona”.

A full-day tour to fall in love with the charm of Verona by discovering its history throughout the centuries. A local guide will show you its treasures during the guided tour of 1,5 hours. In the afternoon you will have free time to enjoy the city on your own. 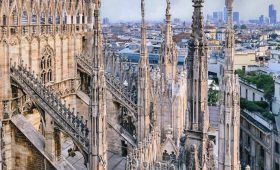 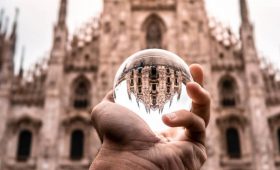 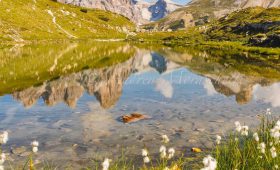